Courage is often misunderstood. For most people, it is represented by burly, fearless men marching into battle. Yet, real courage is subtle, and is nothing like bravado. It is a measure of how we deal with fear. It reveals itself in our actions and demeaner, when trepidation is what we feel on the inside. Eleanor Roosevelt put it this way, “We really need to stop and look fear in the face…. and then do the thing you think you cannot do…. regardless of how you might feel inside about it.”

A well-known example of real courage is the act of resistance demonstrated by Rosa Parks in the face of a lifetime of intimidation and discrimination. She was a civil rights activist who demonstrated authentic courage by standing her ground in opposition to unjust laws that treated blacks as second-class citizens. By not giving up her seat to a white man, she faced down her oppressor and shed light on the long-standing injustices imposed on black people in America. Her act of courage inspired the Montgomery Bus Boycott and served as a major catalyst in the American Civil Rights Movement.

This Sunday, Reverend Dennis Ashley will share a lesson about authentic courage. How true acts of valor are demonstrated through selfless deeds and a humble demeaner. 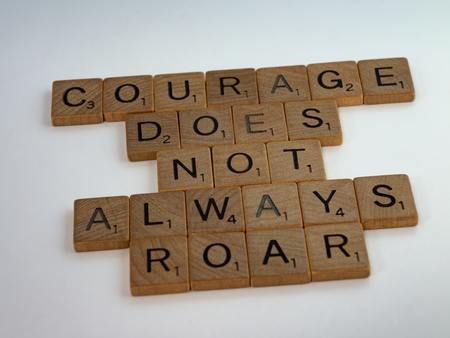 A lesson on the power and rewards of cultivating patience and courage, two tough tests on the spiritual road.
Exploring Courage

The Courage to Let Go and Let God

A lesson about re-discovering the Spirit Within You by Letting Go and Letting God.
Exploring Courage

A lesson about authentic courage. How true acts of valor are demonstrated through selfless deeds and a humble demeaner.
Exploring Courage

Subscribe to receive email updates with the latest news.

We look forward to meeting you.

If you have any questions about our Spiritual Community, please contact our office at 208-664-1125 or email unity@unitycenter.org.